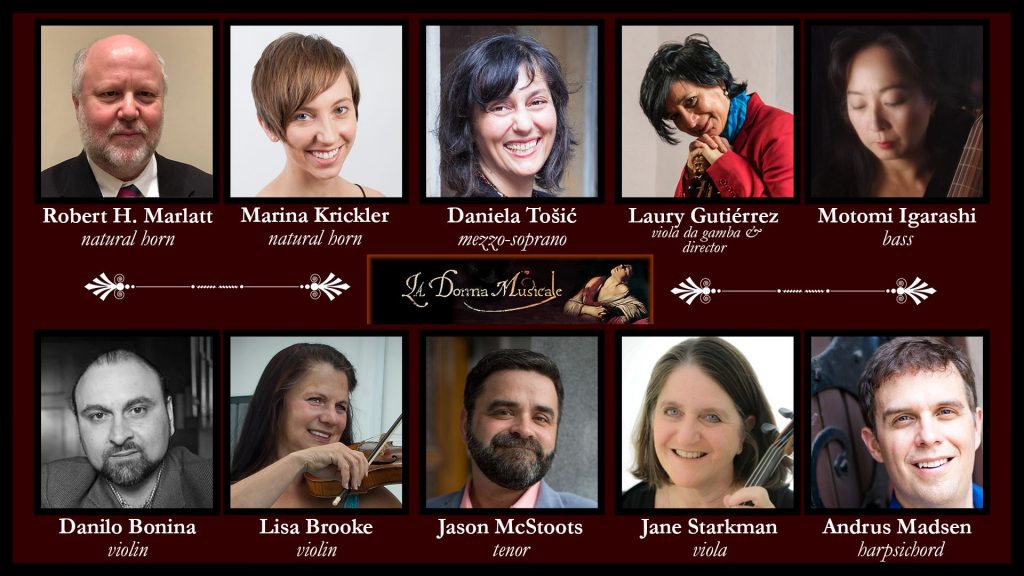 The concert will feature arias and overtures by Agnesi that Gutiérrez recently discovered in the Bibliothèque nationale de France in Paris, as well as other pieces by Agnesi. These elegant works, taken from Agnesi’s operas, are comparable to the music of Haydn in their style and sophistication. The arias and overtures from her opera L’Insubria consolata will be receiving their world premières.

Gutiérrez’s residency at the WSRC at Brandeis and a grant from the Alfredo and Demitra DiLuzio concert fund have enabled La Donna Musicale to field a larger ensemble for this concert than usual, including the haunting colors of the natural horns. Of the music in the program, Gutiérrez notes: “The eternal feeling of love can always be accompanied by anguish, so the subject is as relevant today as it was in the 18th century.”

This concert is made possible by WSRC Board Member Rosalie Shane, in memory of her aunt and uncle, Alfredo and Demitra DiLuzio. Curated by Laury Gutiérrez and performed by La Donna Musicale, the concert will be streamed online.

We thank the following institutions for their help with this concert: the Alfredo and Demitra DiLuzio concert fund/Brandeis Women’s Studies Research Center, the Radcliffe Institute for Advanced Study at Harvard University, the Music Departments of the Bibliothèque nationale de France, the Saxon State and University Library Dresden (SLUB), and Early Music America.